If you have been active in the paid survey market recently, you should know Toluna by now.

But let’s say that, for one reason or another, the name Toluna does not immediately register in your mind, then you will find in this article a highly comprehensive overview of what this site is all about, and why it has amassed a significant fan base in the industry.

But before we get into details, it is only appropriate we first check about the working of Toluna Survey Center, and how it can represent a decent source of income for you, as far as survey work is concerned. 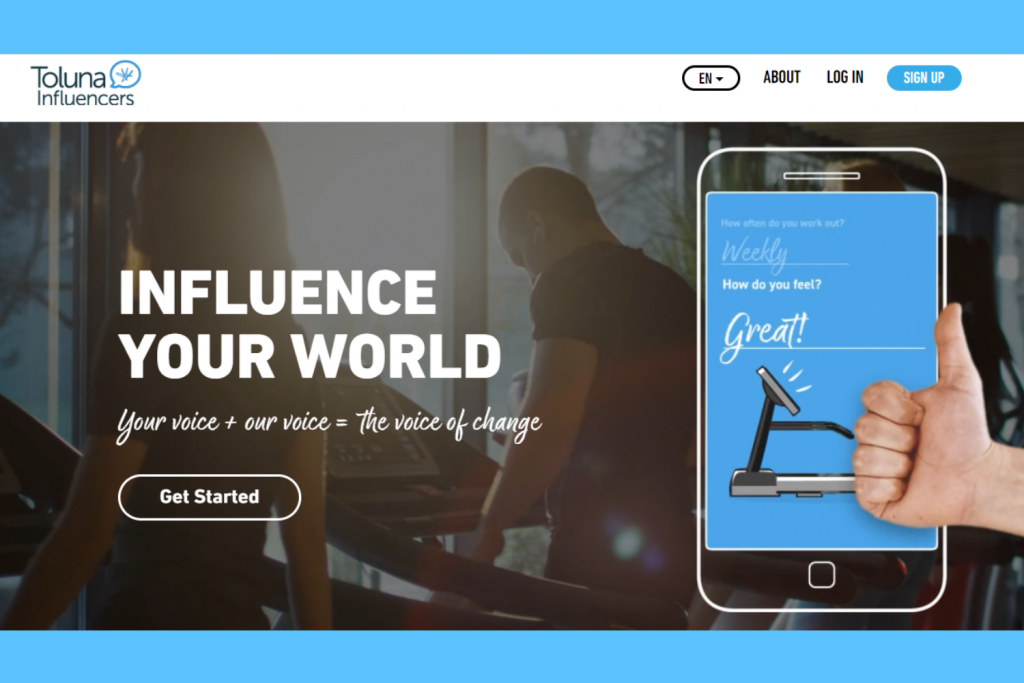 This particular online survey panel is the brainchild of Toluna Group Ltd.

This popular online survey panel boasts of cutting-edge survey technology in the industry. It is comparable to those owned by top players such as Pinecone research.

Toluna has fairly extensive coverage of the market, complemented by its 16 offices that span across North America, Europe, and the Asia Pacific. The company has worked with some of the world’s most premium corporations, media agencies, and market research agencies.

Indeed, it counts some of the major international organizations as clients; some of them are Time Magazine, Financial Times And Advertising Age.

It also has a reputation for being aggressive and innovative as far as recruitment of online survey participants is concerned.

The company seems to always come up with interesting and intriguing ideas. The latest manifestation of this is their SmartSelect™ program. It involves a highly elaborated respondent selection methodology, which has a unique way of measuring sample representativeness and thus increases response accuracy.

Perhaps the hallmark of its success could be measured by the endorsement from the online survey takers. At the point of writing, the company said that it is well supported by its pool of 2.5 million active international members.

With its recent acquisition of two reputable survey sites based in North America (via Greenfield Online and Your2Cents), its membership number in the United States and Canada has been given an even greater boost.

Consistent with other sorts of acquisitions exercises, members of these two survey sites are now moved on to Toluna’s platform. 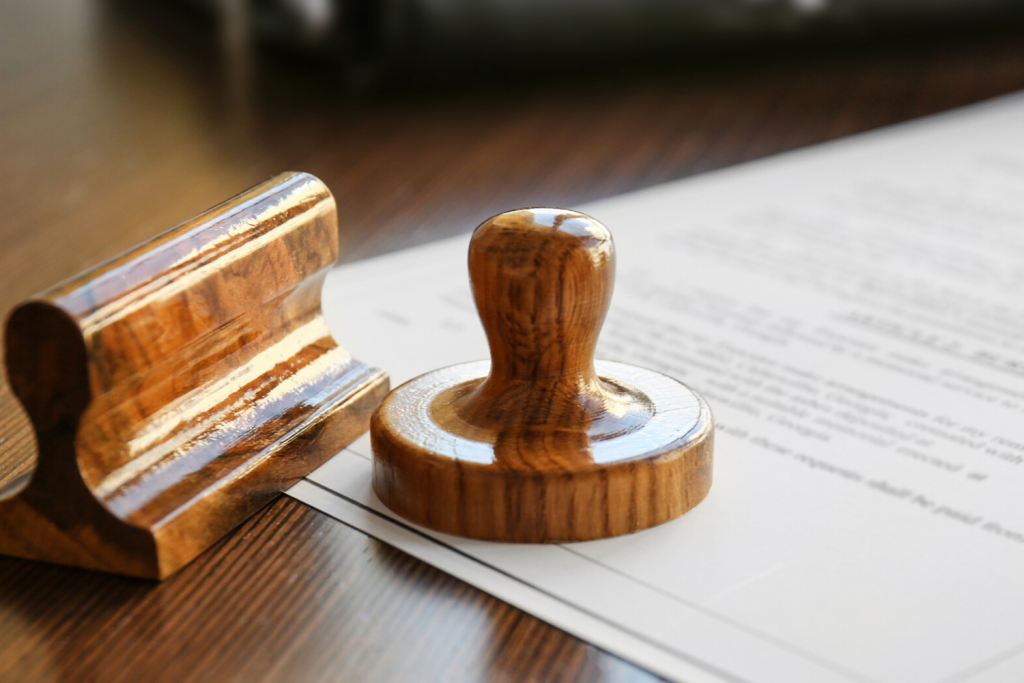 To add credibility to my own personal review of online paid survey sites, I always make it a practice to include the rating from the Better Business Bureau.

What I found is that Toluna is on the BBB accreditation program and it enjoys an A+ rating from this bureau. There can be no better rating from the BBB, as far as the length they would go to suggest how legitimate a particular company is.

I also noticed an interesting observation. The BBB has listed some 17 complaints with regards to the products or services from the company. Interestingly, all of these 17 complaints are marked with corresponding resolutions. If this does not convince you that this is a company that makes an effort to ensure that all dissatisfaction is addressed, I do not what else will.

But not everything here is bright and sunny. The BBB site has also recorded a bogus check-cashing operation known as Greenfield Financial.

To its credit, BBB has initiated an investigation and went on record to say that:

Is Toluna Guilty of Scam or Not? 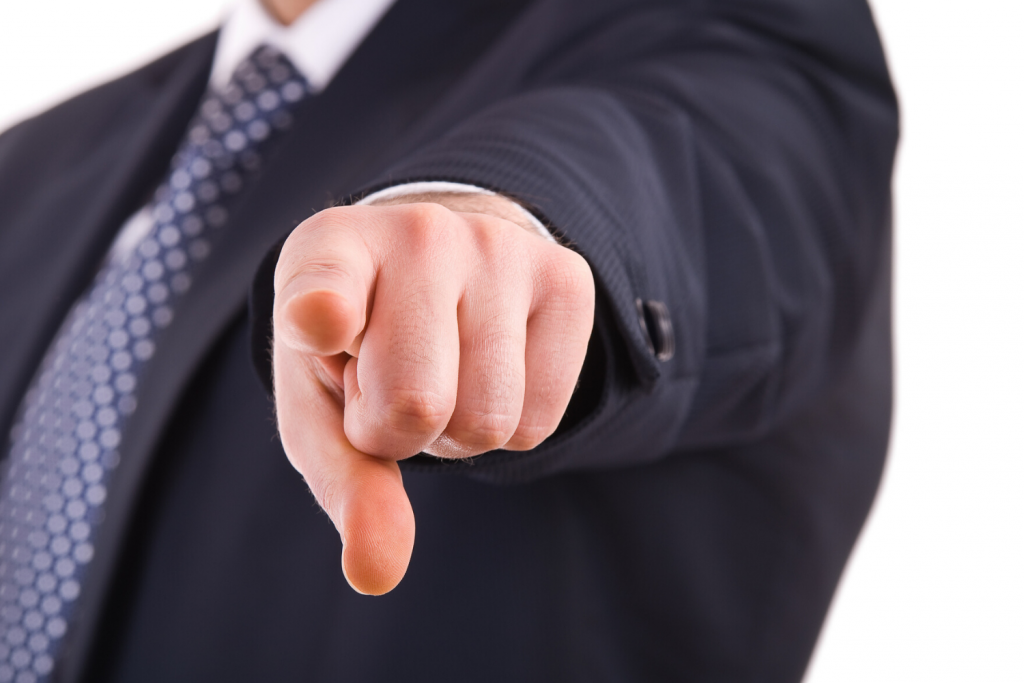 I mentioned earlier that one of the acquisitions by the company is Greenfield Online. There is nothing offensive about the deal, as the acquired entity happens to be a fully legitimate survey panel as well.

But the scam mentioned and investigated by the BBB, seemed to me, was less than accidental. After the acquisition of Greenfield Online, someone dreamt up a company with the name of Greenfield Financial.

The intent is never clearer!

Scammers are trying to take advantage of this merger between Greenfield Online & Toluna and trying to have some quick bucks from some gullible folks out there.

There is no sure way to protect oneself from scammers, but in general, it pays to be clear about the nature of the business that Toluna is, and for that matter, its corresponding acquisitions as well.

I would not waste my breath talking about this unscrupulous scam. If you must know all the facts, check out what got recorded on the FTC’s official site.

The ubiquitous nature of the Web means that all sorts of information (both good and bad) can easily become available if you bothered to dig for them.

Before we go on to the bread and butter issues of the Toluna survey panel, I also like to point out, some would say, a seemingly trivial issue.

To me, the value of any survey panel is not based strictly on its compensation in place for survey takers. I simply need to feel comfortable with the companies I transact with.

Most companies would argue that they have loads of respect for user privacy, and they would not send any e-mail out without first obtaining the consent of the user. But I have surely seen a fair share of providers who acted against their promises.

I was keen to find out how Toluna fares with regard to this aspect of its business. So, I created a dummy account and quickly unsubscribe it. The objective is to see if the company really makes good of its commitment. And I am glad to announce that I never did get a single e-mail sent to that fictitious account from them ever since I unsubscribe it. This is the kind of trust I look for when dealing with service providers.

With this trust established, I am more than glad to make known of my understanding of this company: Toluna is huge with business footprints that cover multiple continents. It is well established in this industry and has been in the business for over 10 years, so the company can be viewed in the league of Global Test Market or Opinion Outpost.

Put it another way, Toluna is one online survey panel that deserves your trust! 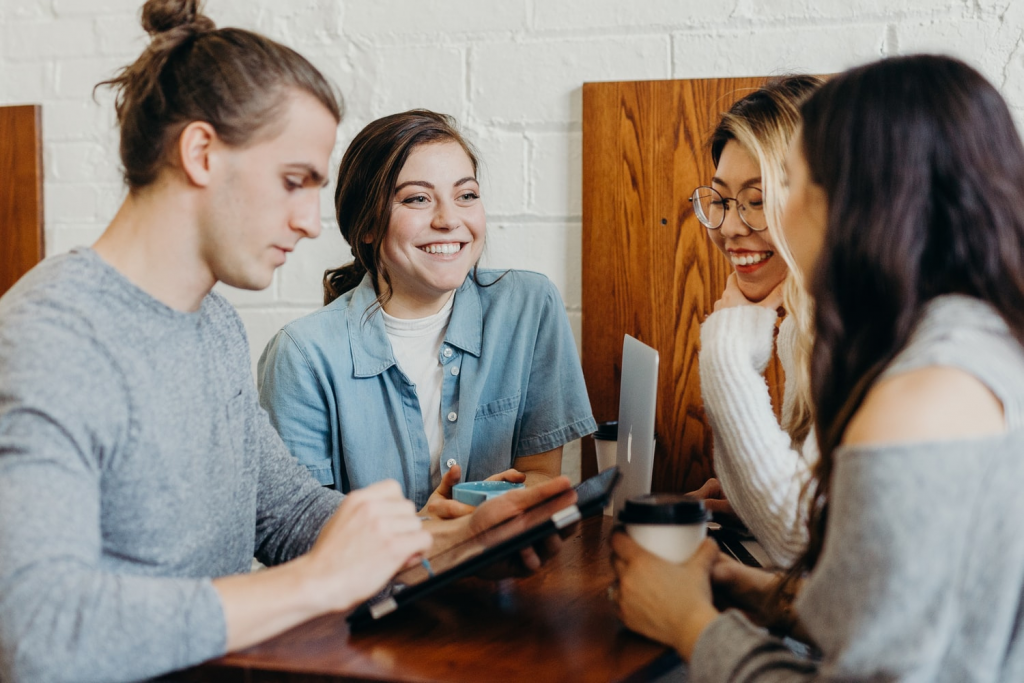 Essentially, all online survey sites would compensate survey takers for the opinion rendered. In this respect, Toluna is no different from the rest. But there are certain characteristics that make the company stands apart from its competitions.

To get started, there is no expectation of any fee on your part. So, it is unlike My Survey Panel and a number of legitimate survey sites that demand a joining fee from the new recruits. Yes, membership is completely free and you don’t have to reveal any financial info. In return, you should not expect the company to guarantee that you would always be able to make a certain amount of money.

The nature of surveys is that sometimes they have to place certain restrictions on qualifying criteria, for example demographic group or the neighborhood that you are in. Like it or not, such restrictions mean that you would not necessarily be eligible to every survey that is made public, and naturally that factor puts a cap on your capacity to earn.

In view of the popularity of smartphones, they have managed to port their survey technology on the iPhone platform, so you don’t have to be confined in front of your computer in order to tackle the surveys.

One thing that intrigues me here is that the site never inform the survey takers on how much points they stand to gain for every survey participation and completion. For me, that adds a sense of anticipation and excitement, but you may have different opinions about that system.

Another thing that works differently here is that it does not rely on a direct cash payout system for work done. Rather, the reward system at Toluna is point-based, not unlike Swagbucks. But at the end of day, you can still choose to cash out after converting these points into cash, or simply exchange these points for prizes listed on their site. 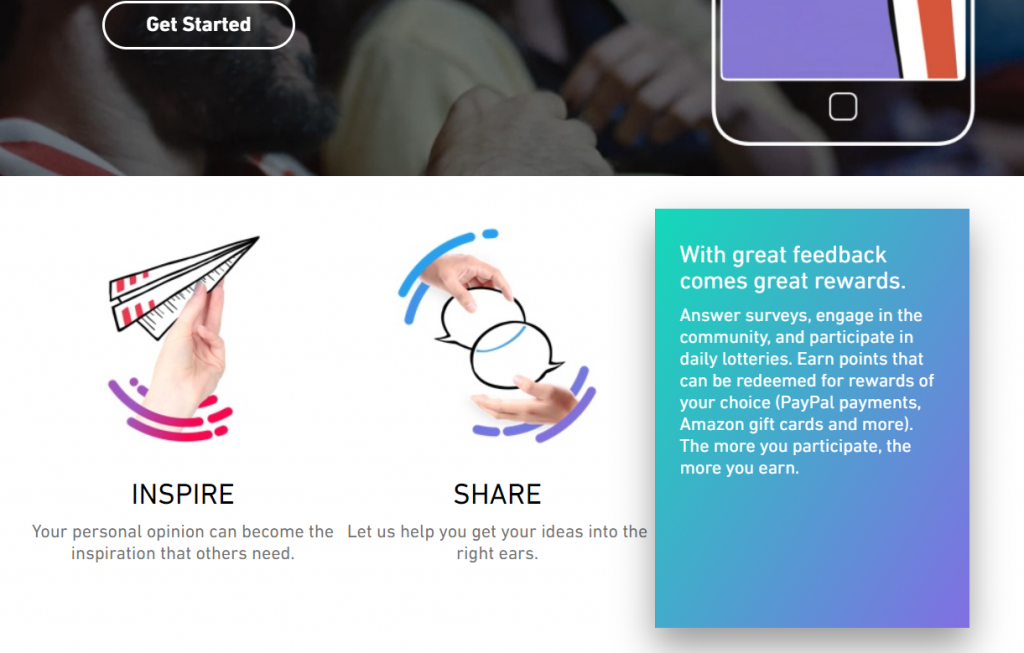 Sign-up bonus is 500 points and expect to earn at least 1,000 points every time you participate and complete a survey.

Conversion scheme: Every 3,000 points earn will gain you $1.

The cash out threshold is 60,000 points. Upon reaching this number, you can choose to redeem them for gift cards, a check or even a PayPal payment.

While 60,000 points may sound high, in reality, you should have no problem chalking up this amount as the compensation for individual survey completion is going to be roughly 15,000 points on average.

In addition, the site has extra rewards you can earn (still cash or gift cards) for you if you are active on their social networks. Starting new threads on their forum and conducting polls are two things that can easily pull in points. Moreover, if you have a knack of attracting people into your forum or poll, you stand to get even more points.

And every member will get entered into a monthly sweepstake that rewards winner with a cool prize of $2,500, no string attached and no entry fee required!

If you like, you can buy yourself more entries into such draws by trading 500 points for one additional entry.

Members are also rewarded when they exhibit commitment toward this community. As mentioned earlier, the sure way to get rewarded is through active involvement in their social network, which includes starting polls and offering opinion pieces.

Of course, the beef is still the reward that comes with survey participation and completion. But all these extra activities mentioned are some nice ways to get an extra income. And when you do enough of them, the points will all add up in the end!

What Others Say about Toluna 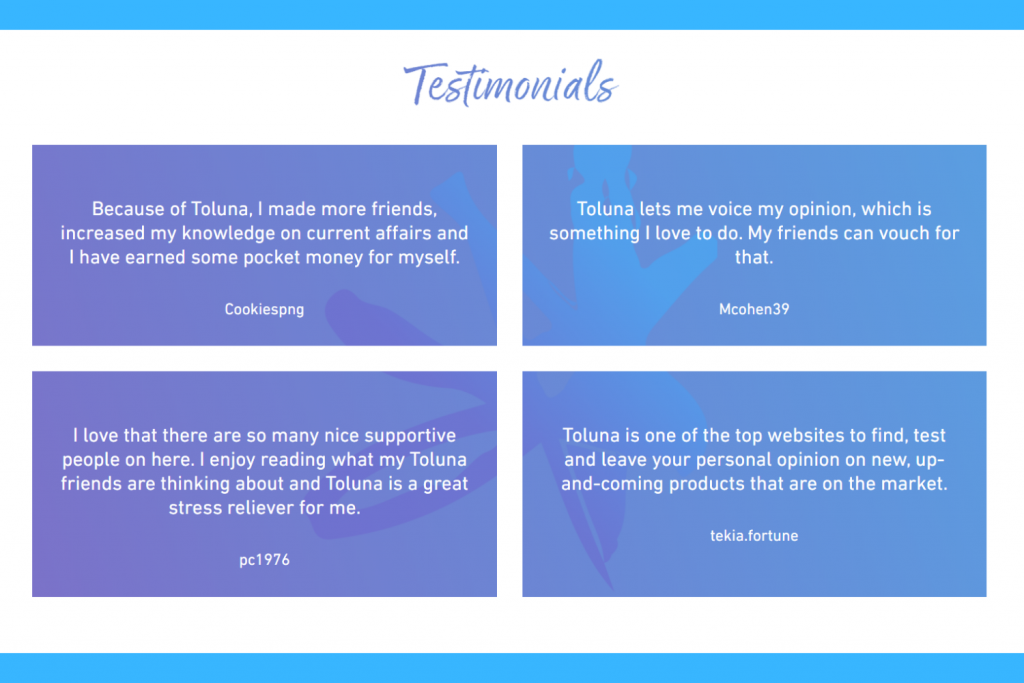 In order to inject objectivity into my review, I have collated some views and reviews of other netizens operating out there.

Take it all together, there is a mixed bag sort of feedback. In general, some people appreciate the fact that the site is kind of generous (in relation to the number of surveys/contests made available viz-a-viz the competitions), others are thankful that the minimum sign-up age is lowered to just 13 years old here when most other survey panels would not take in anybody below 14.

All in all, from my own personal experience and what I read online, the company leaves me in no doubt it is a fully legitimate business. So, you would be in safe hands to start with.

Moreover, Toluna’s reputation as being generous when it comes to paying cash or gift cards, should further convince you to at least include it on your radar if you are seriously contemplating making some money through survey panels.

Based in Austin Texas I have been writing about taking surveys online since 2014. In my spare time I love photography, running and more recently spending time with my wife and two children.